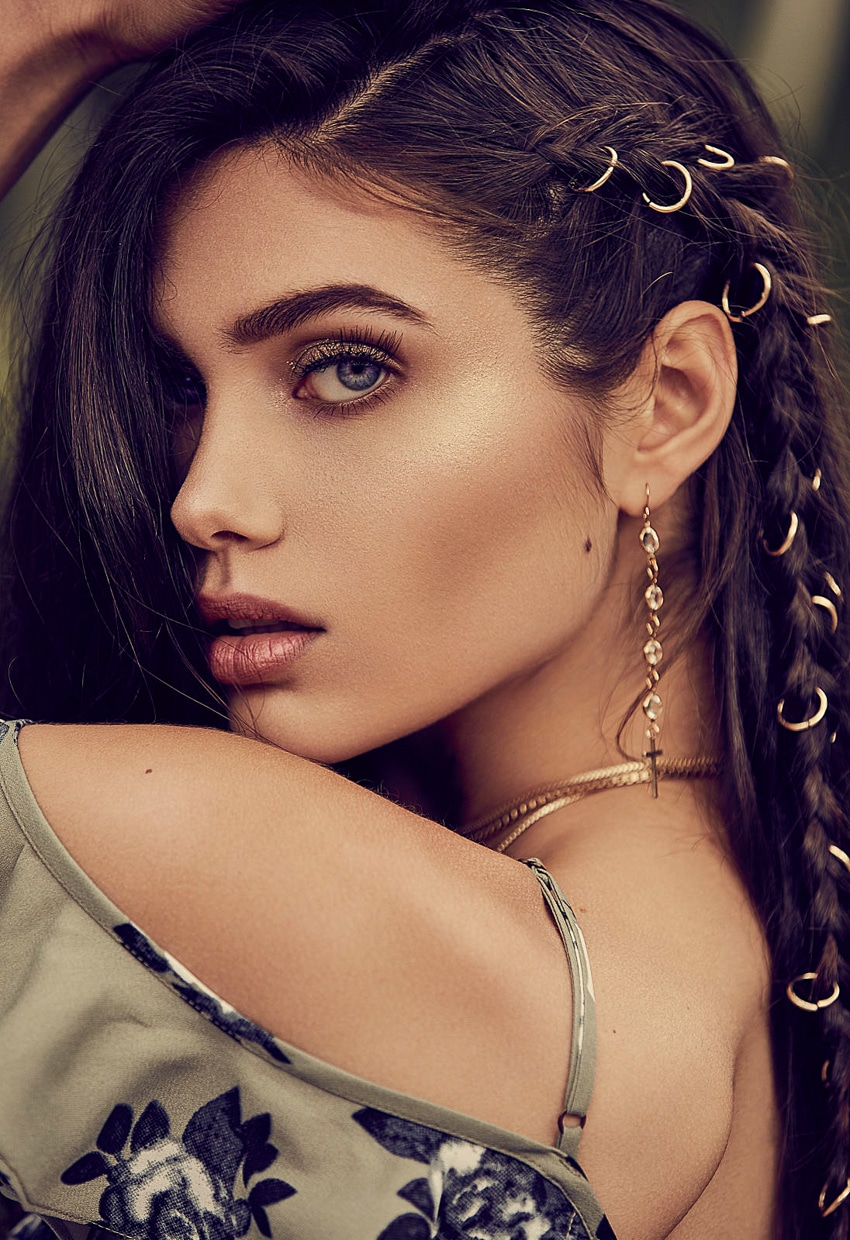 In today’s world of constantly rising inequality, increasingly authoritarian governments and anti-immigration sentiments, solidarity, peace and social justice seem to be more out of reach than ever. In a joint series by the EADI and ISS in preparation for the 2020 General Conference “Solidarity, Peace and Social Justice”, Jürgen Wiemann, EADI vice president, reflects on the possibilities we have to preserve these values.

Solidarity, peace and social justice – the title for the 2020 EADI/ISS General Conference – are foundations and goals for a good society, a functioning democracy and for a global system that guarantees peace and facilitates international cooperation. Yet, our world seems to be moving in the opposite direction. Peace is no longer guaranteed when the global order established after the Second World War is not only attacked from outside but – even more disturbing – undermined from within; solidarity is waning with rising levels of immigration to Europe and the US, provoking resentment by those who already feel left behind; finally, social justice has become a utopian goal in a world of constantly rising inequalities.

The widening gap between incomes and wealth of the rich and the squeezed middle class is already perceived as a threat to democracy in Western countries. With political will, income inequality could be alleviated by progressive taxation. What may be even more relevant is the cultural alienation between the old middle class threatened by the negative consequences of globalisation, and the new middle class of professionals, academics and managers who benefit from globalisation and modernisation in general. Educated people see their incomes rise with a widening range of job opportunities through the internet and international job markets. They feel enriched by other cultures and exotic dishes and tend to acclaim openness and immigration. Their cosmopolitan tastes and lifestyles let them look down upon ordinary, less educated people who see their skills devalued by new technologies and new modes of production and distribution until their jobs are finally replaced by machines or outsourced to low-wage countries.

The widening economic and cultural divide between the old and the new middle class brings authoritarian populists to the fore who emphasise the resentment and anger of those left behind, reaffirming their perception of unfair treatment and even neglect by the elites and the media. Obviously, the populists do not have a plan to alleviate the economic distress of their constituency. On the contrary, their role is to defend the existing inequalities by exploiting the widespread resentment against the threats from globalisation. However, economic nationalism will not alleviate the plight of their electorate but will jeopardise jobs and compress incomes of the old middle class even further.

Whatever the medium and long-term economic effects of the nationalist policy agenda will be, it threatens to undermine the post-war global order from within. This would have dire consequences not only for the world economy, but also for international cooperation and global governance. It opens the door for other authoritarian governments to pursue their illiberal agenda and what they perceive as national interest without respect for their neighbours’ interests and the rest of the world.

Trade liberalization and market access to the United States helped the war-damaged economies of Germany, Japan and the rest of Western Europe to recover faster than had been expected at the end of the war. Since the 1960s, a handful of smaller South East Asian countries implemented a development strategy of export-oriented industrialisation which let them catch up with the West within one generation, in terms of both income and technological capacity. Their success was celebrated as East Asian Miracle. In those days already, American and European industries felt the pressure from labour-intensive industries in South East Asia and Japan. Yet, in the 1970s, Western economies were more affected by two oil shocks and the ensuing stagflation. On both sides of the Atlantic the answer to that challenge was to stimulate economic growth through unleashing market forces, i.e. the neoliberal agenda.

That was the beginning of globalisation unchained, with China embracing capitalism in 1978 and copying the East Asian model of export-oriented industrialisation on a large scale. For two decades, economists and international financial institutes like the World Bank and the International Monetary Fund took the rapid rise of China, India and other Asian emerging markets as proof of the effectiveness of the Washington Consensus that prescribes trade liberalisation for goods, services and capital. Millions of Chinese, Koreans, Indians, Indonesians etc. have been lifted out of poverty in one generation.

The complementary stress for the industrialised countries resulting from increasing imports of ever more sophisticated products from East Asia – job losses, abandoned industries, declining communities and regions – was vindicated by economists as necessary industrial restructuring that would eventually make everybody better off.  Today, we realise that this was an unfounded promise: the incomes of the old middle class have stagnated since decades while the rich have enjoyed increasing incomes and wealth. The middle-class squeeze was especially strong in the US and the UK, two countries whose governments had embraced neoliberal economic policies earlier and with more consequence than continental Europe. In both countries, populists have either taken over the government or gained a decisive influence on its course, undermining the European Union and the post war global order.

These trends do not forebode well for international cooperation and global governance which is more urgent than ever when it comes to responding to the challenges of climate change, extinction of species, overexploitation and excessive pollution of the oceans and other global or regional ecological disasters. A growing world population aspiring to the lifestyles of the middle classes in the West, is already trespassing several planetary boundaries. However, authoritarian populists routinely question scientific evidence and threaten media coverage of scientific research that aims at preparing the public for the required changes in lifestyles, for increasing taxation of carbon dioxide and for sharing responsibility for the global commons with other countries.

Optimists believe that human ingenuity and creativity will produce technological solutions to the global challenges. However, there is a risk that the avalanche of new technologies, especially artificial intelligence, will not only replace manual labour, but also jeopardise a wide range of professional jobs so that the fabric of industrial societies will be undermined faster than policies can be developed to contain their impact. There are more disturbing aspects associated with revolutionary new technologies, such as the manipulation of public opinion through social media, the possibility of totalitarian governments to control and suppress any opposition with new surveillance technologies, and new forms of warfare, cyberwar and fully autonomous weapon systems, may threaten peace and security. One can only hope for creative policies and agreements both on the national and the global level for containing the disruptive consequences of all these new technologies.

Conclusion: The challenge for the development community

The current erosion of the global order in general and the European Union in particular, is alarming, especially for those committed to development research and cooperation. It is our interest to work for improving the climate for effective international cooperation and a fair sharing of responsibilities for managing the various challenges between rich and poor countries and rich and poor in each country. The recent challenges to political stability and economic prosperity need to be comprehended by the community of development scholars, development policy makers and practitioners in order to focus their teaching and research and to adjust development cooperation to the changing environment.

At this critical moment in history, the development community must make up its mind: Quite a few scholars and activists have been, with good reasons, critical of globalisation and neoliberal policies that aggravate inequalities everywhere and threaten the global commons. Yet, we should reject the fundamental questioning of the old global order and economic globalisation that is gaining ground in the West. Authoritarian populists are not concerned about the problems of developing countries. Their dream of the good old times when White Supremacy justified uninhibited exploitation of developing countries and their natural resources allowing for relatively comfortable lifestyles even for the middle classes in the West, is opposed to any effort at improving the living conditions in the Global South while respecting the ecological limits to growth. Therefore, we will have to defend the principles and institutions of the global order against the assault from the authoritarian international in order to keep the door open for the reforms and improvements necessary in every country and in the global arena for achieving the SDGs before 2030.

This is the first article in a series launched by the EADI (European Association of Development Research and Training Institutes) and the ISS in preparation for the 2020 EADI/ISS General Conference “Solidarity, Peace and Social Justice”. It was also published on the EADI blog.

Europe in Times of Deglobalization by Peter A.G. van Bergeijk

Why Feelings Matter in Global Politics: Aesthetics, Vulnerability and Playing with Language by Aoileann Ní Mhurchú

Europe in Times of Deglobalization by Peter A.G. van Bergeijk